“So I decided to put a couple of joke-y things on twitter to make fun of myself.” 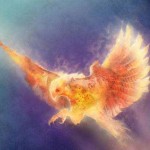 Typically, the scientific method is considered by the general public to be rigorous, replicable, reliable, and calculated to the last detail.

As it turns out, this is not the whole story. On January 7th 2013 Dr Leigh started something big; using the hashtag #overlyhonestmethods on Twitter, opening the doors to what really happens inside a scientific lab, and revealed a more human side to science.

I had the wonderful opportunity to speak to Dr Leigh for a special Speaking to… interview about #overlyhonestmethods, something I think is a great, unexpected breath of fresh air.

Why did you decide to start the meme #overlyhonestmethods?

I was just blowing off a bit of steam! I was finishing up a long day of writing, and had recently found myself coming up with a good post-hoc justification. So I decided to put a couple of joke-y things on twitter to make fun of myself. (No, they were not directly related to anything I was writing at the time.)

Did you think it would get as big as it has?

It never crossed my mind. A few twitter friends had bounced some other overly honest methods around with me early on, but I thought that would be the end of it.

These “confessions” from behind laboratory closed doors could change the way in which the public “sees” science, what effect do you think this could have?

I offer my hope that this peek into lab life makes science look like more of a human process. I remember learning in science classes early in my education that we made a hypothesis, we tested the hypothesis, and we analyzed the results, end of story. Well, this misses a lot. It took getting my hands dirty in the lab to discover that science is not that dry and sterile process, and we often put together the best discovery stories from things that we didn’t expect to happen.

Why do you think these #overlyhonestmethods have been kept behind closed doors for so long?

I think the current culture of science is a very intentional one. We like to present things as if we intended for them to happen, and/or as if they are justified by previous data from top to bottom. We don’t like to admit we do it this way because we tried it and it worked that way, so we went with it.

Do you think it would be beneficial to see this more human side of science?

I think the more we can do to make ourselves relatable to the public, as scientists, the more approachable science and scientific results will be to people who rely on us to make the discoveries. The more we can have conversations rather than one-way exchanges. And I think that we would do well within our own community to really acknowledge that some of the best science is not what we foresee when we draw up the experimental plans.

Why do you think researchers aren’t more honest about their methodologies in papers that are published?

Well, I don’t think we suffer from a shortage of honesty – I don’t think we are, as a whole, presenting things differently than they happened in the lab. In most lines of work, we tend to provide a professionally limited explanation when perhaps the nitty gritty is simply more than needs to be said. Also, it might not sound like our methods are solely based in dispassionate logic if we say we incubated something for 3 days so we could come back to finish it on Monday.

Do you think that journal publishers and research funders will think twice about funding work after reading these tweets?

I have a hard time seeing why that would be. To my understanding, the hashtag revealed the colorful, messy, sometimes hilarious flow of science that underlies the placid surface of published work. The human factors in getting the research done do not invalidate the methods or results, so long as they are accurately reported.

It could open up some very frank conversations about the scientific method, how do you feel it has contributed?

Based on the wide variety of disciplines I have seen represented, it seems #overlyhonestmethods has tapped into a reservoir of in-group understanding. It felt like there was almost a collective sigh of relief that we can actually be human as we go about our daily professional lives. And it’s not just scientists, other disciplines have joined in too. I think we do need to keep our professional standards high, but to imply that science is not influenced by human nature is not realistic.

What do you think this meme reveals about science?

From the perspective of a practicing scientist, I think we all learned that we all spend some time dealing with the “messy” side of science, even if we write the papers like we meant it all to happen that way from day 1. To people who aren’t scientists, I think it offered a chance to see that scientists are just regular people.

What do you hope #overlyhonestmethods will achieve in the long run?

I think it would be great if we could more freely acknowledge that science is not only the extensively planned and vetted stuff, but also the arbitrary or unexpected stuff and the fitting together of puzzle pieces as we sort out the meaning of surprising results. Occasionally you’ll see papers that hint at these things, but these are rare exceptions to the norm. We should emphasize this in science education and communications as well!

What does this experience tell you about the power of Twitter when it comes to science?

Apparently when you find a common-ground topic, you can connect with scientists of all kinds! The outpouring was a bit overwhelming, but so much fun. It was really great to see this vibrant community of scientists all coming together and sharing across different fields. It really got people offering a peek into their work life in a way that wouldn’t be likely to come out in a panel of scientists or even a meet-and-greet type event.

What have you learned from this experience?

For one, #overlyhonestmethods is much more common than I had thought! In a broader sense, though, some of the feedback and news articles helped me realize some of the barriers between scientists and non-scientists are a matter of perception. While we should be professionals at our jobs, it doesn’t have to be some big secret that we are regular people working in these professional roles.