“I couldn’t find a lab coat to fit and this way I get to “experience” all kinds of areas of science rather than being focused on a single research niche.”

I am a freelance science journalist

I write news, features and opinion pieces for a wide range of outlets as well as doing some public relations work independently of the journalis.

I have a several audiences from specialists in particular scientific areas (chemists, spectroscopists, crystallographers, materials scientists)

I trained as a chemist, quickly realised I was rubbish at all that test-tube stuff, but was quite good at writing up my lab book. I graduated, worked in the US, then in a QA lab for a food company for a short time and then landed a desk job with the Royal Society of Chemistry in 1989. I started writing news articles freelance for New Scientist etc in my spare time, got head-hunted by Science magazine ended up freelancing for them and built up my portfolio of regular clients to the point where there were no longer enough hours in the day and I ditched the day job and went freelance full time.

Like I say, I couldn’t find a lab coat to fit and this way I get to “experience” all kinds of areas of science rather than being focused on a single research niche.

It’s part of the human endeavour, just as much as politics, law, art, music etc. Moreover, it’s the only endeavour that provides a rational way to investigate the world around us without resorting to magical explanations or being coloured by opinion and emotion (mostly)

Well, it’s earned me a living during the last quarter of a century, made me lots of friends I wouldn’t necessarily have met in any other walk of life, given me the opportunity to share my thoughts with the world and have them critiqued on occasion and also allowed me to put some of them into a neat little book – Deceived Wisdom – available now from all good outlets and for download from my website http://sciencebase.com/dw

Well, in recent years, getting the commission to write the book was exciting, during the writing I was waking up far too early each day, full of ideas and desperate to get them typed up.

I have several outlets for which I write regularly as well as my own site sciencebase.com and the PR work to keep me busy, but I’ve also been hiving off spare time to do more music (songwriting and recording). I am currently working up a demo of a song I wrote called Pale Blue Dot, which is a tribute to Carl Sagan and the Voyager spacecraft and its “thoughts” at looking back at its birthplace, Earth, as it speeds out of the solar system. You can listen to the demo on my SoundCloud page – https://soundcloud.com/sciencebase/pale-blue-dot – ends with a Voyager “sound” courtesy of NASA.

The entry points have changed since I started, there was no web back in 1989, blogs are a relatively recent invention, although I’ve been “blogging” online in some sense since 1995 although it wasn’t called that then. If you want to be a writer, you have to write. In terms of broader science communication, there are lots of courses now that didn’t exist when I started, I think some very successful science communicators have been on those and gone on to greater things in the national media and elsewhere. But, fundamentally, it’s still all about people, talking to people, being interested, listening to opinions, networking, following leads…all the usual stuff of journalism.

“Science communication isn’t just about encouraging youngsters to study science and have a science career, it is so much more than that.”

My role is to support researchers from all subjects to share their work with the public. I am part of the Public Engagement with Research Unit at the University of Aberdeen with Dr Ken Skeldon, and Dr Rhiannon Thompson. Previously I edited and co-founded the Au Science magazine which is still going and allows students (undergrad and PhD) to write about research from the University of Aberdeen. I also write a blog at Science had the answer which switches between talking about my PhD and writing about science representation in the media. In my spare time I organise skeptics in the pub talks (that tend to be science based) with Sonia Watson.

Very varied! From ages 5 to 105 from all backgrounds through various activities, events and projects.

I really got into it when I was a PhD student at the University of Aberdeen. I felt the work many people were doing at Aberdeen was incredible and I found it really interesting and thought others would too. It felt like a whole new world that no-one knew about!

I started looking into ways to share research work and got involved with a number of activities with what was the Public Engagement with Science department at the University of Aberdeen.

Science communication isn’t just about encouraging youngsters to study science and have a science career, it is so much more than that. Science can be a form of entertainment and interest in the same way sports, music, art and performance are part of human lives. Science can also be highly political and influence our lives so a portion of communication is important to ensure that those that have the power to make our world better make the best decisions. I am very much a believer in evidence based decision making.

I just love being able to explain things to people! I really enjoy being able to support and allow researchers to share with a captive audience what it is they are passionate about.

My favourite project so far has to be the science magazine. It was an incredible learning curve and involved working with a fantastically talented group of people. It had science, writing, fun, talks, events, dragons den style media pitches, meeting some ‘famous’ scientists and it opened up lots of opportunities. I met so many people!

We are currently helping to put together a series of (very exciting) researcher led events for the May Festival that is happening at the University of Aberdeen. Along with a few other projects!

Just do it! Get involved with those already active in your area. Try different forms of communication and work out what it is you enjoy the most. 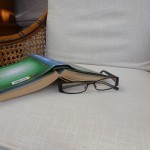 Scientific papers don’t seem to attract many readers outside the sphere of science when it comes to science communication. Yet the discoveries recounted in these papers play a pivotal role in some science-fiction stories, and these are read by people from all over the world.

What if scientists were to tell their stories, as just that, stories? Would they be able to reach a wider audience? Would their work be more accessible?

When we read dry, factual arguments, we read with our shields in hand. We are critical and skeptical. But when we are absorbed in a story we drop our guard. We are moved emotionally, and are drawn into the story-tellers’ world.

I’ve been joined by Virginia Hughes, a journalist from Brooklyn, New York City, and in this podcast we discuss science and stories.

“As any writer will tell you, the best way to improve your writing is to read more.”

I founded STEMinist in 2010. It’s a website where we feature news and profiles about women in science, tech, engineering and math. In my other life I am a Software Engineer for a research group in the University of Oregon’s College of Education.

On STEMinist our most popular feature is our profiles. We do email interviews with women from a variety of STEM careers, typically asking them questions about their backgrounds, interests, and advice they may have for other women in STEM.

In addition to the profiles, we publish links to articles about women in STEM.

Our audience is mostly people working in STEM. There are also a lot of people and organizations involved in STEM education and outreach as well.

When I first joined Twitter a few years ago I discovered, much to my pleasant surprise, a large community of women in STEM. It was so inspiring to know I wasn’t alone. STEMinist initially started out as a Tweet aggregator and then evolved into publishing original content as well as curating relevant links.

There are many reasons behind the lack of women in STEM (see the AAUW’s excellent 2010 report “Why So Few?”) but one of the issues I felt I could take action on was visibility. Through our profiles, links, and social media we want to help women in STEM be seen and heard.

What do you love about your job?

The feedback from our followers. I work on STEMinist in my spare time and sometimes it gets hard to find the time, but then I’ll get a message or Tweet about how someone loves what we do. It reminds me that though the premise of our site is relatively simple, it fulfills an important purpose. Just the other day one of the first women we profiled on STEMinist reported a gal approached her at a conference and told her how inspired she was after reading her profile on our site! It doesn’t get better than that.

I have as much fun reading the profiles as much as compiling them! But last year around NCAA Basketball Tournament time we held our own “tournament” called STEMinist Madness. We started with a field of 64 historical women in STEM and readers voted on head-to-head match-ups until we eventually ended up with a champion (Ada Lovelace). I’d love to do more projects like that which intersect the worlds of STEM and pop culture.

As any writer will tell you, the best way to improve your writing is to read more. So I would encourage you to find, follow, and read your favorite science writers (I’ve found great people on ScienceBlogs.com and Scientopia.org.