Wendy Saddler is the director of Science Made Simple and Engineering Explained, companies that provides shows, workshops and more all geared towards communicating science and engineering. 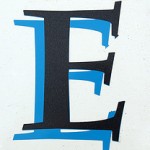 E is for engineering, engagement, and a few other ‘E’s’ besides…

I attended a fascinating event at the Royal Academy of Engineeringabout how engineering engagement and science engagement compare.

Speaking on the panel I proposed that engineering is still lacking in enough performers, or stars, that can infiltrate the mass media and thus reach large numbers of adults. Yes, of course this isn’t the in depth engagement we’d like there to be, where a dialogue happens with community groups affected by the topic in some way. But it is still a critical route for getting messages out to the masses about what engineering is. And for reaching parents who may influence their children.

People engage best with people. Mark Miodownik pointed out beautifully in the keynote that Steve Jobs gave Apple the human face that turned the company around. Engineering might sometimes be about the ‘shiny things’ produced, but the public still need a human face to help relate to that shiny thing.

Has anyone ever studied the characteristics of engineers vs scientists? Are scientists more extrovert or likely to be exhibitionists? Could that explain why more brilliant engineers have not yet made it onto the prime time TV slots occupied by Al-Khalili, Miodownik, Roberts and Cox? Why have we not seen more explicit engineering on the pinnacle of STEM TV; The RI Christmas lectures? (1974 was the last time by my research).

My other theory is that many scientists might wander into the world of communication seeking a more immediate social reward than their research alone can give them. Most engineers tell me they are driven by the desire to improve lives, and the world more generally, so perhaps they get their social reward fix every day? After all most engineering has public engagement firmly built in with public consultation a critical part of the job. Not to mention of course that careers in engineering are lucrative, and it would take a dedicated person to sacrifice that financial lifestyle to become a poverty-stricken communicator full time.

So, do we need to dig harder to find the engineering presenting talent of the future? Or do we need to develop a support network of engineering communication professionals who can help get their message out for them? As Steve Cross put it, if you take away all the plethora of professional science communicators, perhaps scientists themselves haven’t greatly increased the amount of engagement they do directly, but we’ve just evolved a huge team of supporters who go out there speaking on their behalf.

When we tried to recruit an Engineering Communicator for our Engineering Explained project some years ago we received less applicants than for any other job we have advertised in 10 years. But if there are plenty of well paid, socially rewarding alternatives out there for engineers, why would they want to do it?

And Steve Jobs and Apple? Well possibly the biggest engineering company in the world, but you never hear the word engineering. Engineers are referred to as designers but we know engineering is what makes the product a success. Oh, and a lone genius, on a stage, performing and giving the product a human face. And all the time reinforcing the misleading message that engineering is conducted by single genius figures and not done by huge diverse teams.

So we need to see a range of engineering faces out there giving the public someone to emotionally engage with whilst understanding that engineering doesn’t progress on the back of one lone genius. It is going to be my mission now to talk to all the engineers I can find to dig out the extroverts and find out why they aren’t motivated to become the new face of engineering. FameLab Engineering could be a good first step.

Yes, E is for engineering and engagement, but we need to see a bit more extroversion and exhibitionism too (within the realms of decency of course!)  And for any engineers who are already out there in TV land, please stand your ground and tell people you are an engineer and not a scientist. Come out of the closet and let society see you!