“In a mall there’s shops and what-not, and then there’s these weird bikes and these crazy people in brightly coloured lab coats, but they are still equally excited.” 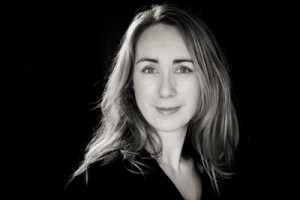 The Abu Dhabi Science Festival 2013 is based at two main locations: one half in a big blue cross-shaped tent on Yas Island, and the other on the Corniche – a large stretch of beach in the main city centre.

Nicola Shepherd is one member of the Busking Bikes team that takes the Science Festival beyond these locations, to people in other areas of Abu Dhabi.

In this podcast, Nicola Shepherd and I talk about the busking bikes, the reactions that people have to the busks, she shows me a demo and she tells me how she got into this international busking life.

The ideas behind science busking is to try and get people to see everyday things in a different way. To get them to explore everyday life from a science point-of-view.

Children are children – everywhere and anywhere they will react the same to a demonstration, according to Nicola. The interesting reactions come from parents.

Parents are often taking their children to events to entertain them, but it is probably surprising to them when they realise they are being entertained too.

Their reactions also vary depending on where they are being entertained: when they bring their children to a science festival, they are ready and prepared for it. In a shopping mall or waterworld, these weird buskers in crazy lab coats are encroaching their space. But even so, the ability for parents to become children again is what Nicola finds fascinating.

There are also differences between busking here and at home: at home, people are used seeing people being silly on the street. Over here, it isnt part of the culture to do things on the streets, but yet they still seem to take to it.

We also discuss Nicola’s trip to Bangalore in India. This was a unique experience; a community experience where the buskers were really well received.

And how did she get to Bangalore and Abu Dhabi as a science busker? Her background is actually in performing arts.

Finally, Nicola shows me how you can put a kebab stick through a balloon, without it bursting!