“When you’re dealing with an investor who has no technical background, you still have to be able to explain your product so that they fully understand what they’re getting themselves into, whilst conveying the sense that you also know the technical details yourself. Which can be a fine line and a difficult balance.” 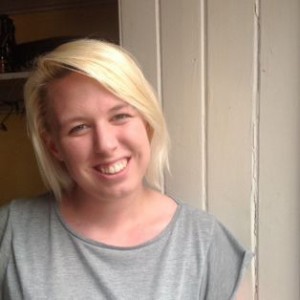 Eimear O’Carroll is the co-founder of Restored Hearing, a start-up company that creates products to ease the suffering of those with tinnitus. I met Eimear at #ESOF2014, where she spoke on a panel called “Unconventional Science Innovators”. Her unconventional story was that she and a friend came up with their first product as part of a science fair whilst they were still in secondary school. After doing extremely well, they decided to start a company and sell their products. But this wasn’t quite as simple as it might have seemed. Starting a company needed a completely different mind-set to doing a science project, and it is something she is still (at the age of 23) trying to get her head around.

I mainly wanted to speak to Eimear, because she talked about the importance of science communication when it comes to promoting her products and business. This wasn’t just to stakeholders, but also to potential customers. Eimear wrote a great blog post: Communicate your Hot as Hell idea to the world, which sums it up nicely.