” I love talking about science, I enjoy the theatricality of giving talks and broadcasting work, even at the early stages, has taken me to fascinating people and places around the world.” 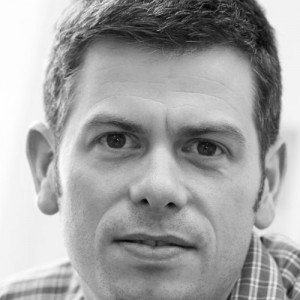 All sorts! The last two weeks have seen me talking to various audiences about the cross-over between biology and engineering and insect pheromones; interviewing a developmental biologist for a Radio 4 documentary; helping to develop and plan an upcoming TV documentary I am doing; chaperoning undergraduate students in the Houses of Parliament learning about how science informs policy; analysing and planning ongoing citizen science projects with the Society of Biology (The Flying Ant Survey and Spider in da House); writing two magazine articles; assessing a CREST science project in a local 6th form; thinking ahead about National Insect Week and doing a local radio interview. Looking back through the diary that’s pretty typical and it can be a struggle fitting it in with university responsibilities, teaching and an active research programme. I’ve learnt to be very time efficient, I work well on trains and I have a very understanding employer!

It’s exhausting just reading that list. How do you fit any research in?

It can be tricky but I am lucky to have very understanding colleagues and some great collaborations. Having things set up in a collaborative way shares the load a little and opens up some space. It’s also useful to link up research with other activities if possible – with teaching and with science communication. Citizen Science is one way that I try to link up the different activities I do.

How does citizen science fit under the science communication/research umbrella?

I think it has a really important role to play but we need to be careful to understand whether our CS project is mainly about data collection, mainly about communicating and engaging, or (as is often the case) is trying to do both. When it works, it is a great way to engage thousands of people with an area of science. At the moment it is a popular approach but I think we are already starting to see a dilution of effort, with numerous surveys and studies doing essentially the same thing. We need to be careful to make sure that the data collected are useful and that different approaches are properly connected.

When I was a PhD student in Sheffield one of the post-docs had found out a very cool thing about ants behaving rather like the Mafia. Basically the breeding ant could mark “pretenders” to her “throne” with a special chemical that caused underling ants to attack the pretender. The press enjoyed themselves with it – “Marked for Death”, “The Ant Hill Mafia” and so on. BBC Three Counties DJ John Pilgrim wanted to discuss it but the post-doc was French and didn’t feel he wanted to go on live radio. So, he asked me to do it. John and I talked “bugs” for most of an hour and I ended up doing a regular bug slot. I started doing work with schools and it just grew from there, largely by saying “yes” to an awful lot of requests to give talks and so on. I built up a portfolio of school, interest groups and other engagement activities and quite a lot of local radio. The science communication activities have always run alongside research and lecturing and often I can get all three types of activities to work together.

It sounds like you talk about bugs and insects in general quite a lot, but what about your research specifically? How do you communicate that?

I try to think about whether any particular output has an immediate wider interest but inevitably much of what we do doesn’t have that “hook” initially. However, most things are part of bigger story and can play their role in telling that story eventually. I’ve always worked closely with our press office to see if I can tell a research story in an interesting way – or build several stories together to make something that the press will be interested in. There is a thirst for interesting stories but sometimes connecting the scientists with the people telling the story can be tricky. When the first year of the flying ant survey had finished I emailed the producer of Radio 4’s Material World and asked if they’d be interested – I got lucky and they featured it, but if they hadn’t it wouldn’t put me off trying again.

Do you find it frustrating to have to manipulate your stories to get the media interested?

I actually quite enjoy the challenge of trying to find the right hook to get people interested in different things. I have a friend who is journalist and talking to him about their priorities and pressures really helped me get things into perspective. Sometimes I think scientists can be a little precious about their research but even in scientific papers there is often an element of “spin” to get editors and reviewers on board. If you are feeling that you have to manipulate the story beyond what you are happy with scientifically then it’s time to accept that perhaps that piece of research may not find a wider audience.

The press like to run away with stories, as you described with the “Mafia” example. How do you work together with press offices to control this?

In general, journalists seem follow the language and topics in press releases “quite closely” (and sometimes “exactly”, which can be rather annoying when you have written it yourself). If you make sure your press release is saying what you want it to say and make yourself available to answer queries then you can usually hold off any disasters. I often suggest that they might want to send me copy to have a look through, but deadlines are tight and editors may end up chopping and changing bits and pieces. If you are misquoted then it’s important to put things into perspective. I was once misquoted saying that the best way to get over insect-phobias is to eat them. I said nothing of the sort, but it was a quiet news day and the quote ended up in media sources in all kinds of places around the world. It was a bit annoying initially, but it wasn’t really a big deal and as a consequence I got some interesting people contacting me.

I do it for two reasons. First, I think it’s important for science to be disseminated and understood by a wider audience. Second, I really enjoy it! I love talking about science, I enjoy the theatricality of giving talks and broadcasting work, even at the early stages, has taken me to fascinating people and places around the world. I’ve dug out leafcutting ant nests in Trinidad, stood in a electrical substation in a gas plant in Texas so massive your hair stood on end, seen the greatest pollination event on Earth and travelled to deepest Poland in search of tree diseases. This April I’m spending a week in Malta with some undergraduates talking to Maltese school kids about science at their national science festival. And by getting involved in Citizen Science I’m generating interesting data that feed into my University research and teaching. Fundamentally though, I enjoy sharing science.

I think science communication is about sharing science. The scientific method is our greatest intellectual achievement – it is a tool to understand ourselves and the universe. How could you not want to share that?

One that sticks in my mind is a project involving a school in Sheffield that had some grounds I helped to develop with a grant I applied for some time ago. They had a small woodland (which makes it sounds rather grander than it was), some areas that we made into a nature trail and some useful outdoor space. I recently met up with a friend of mine whose young son is now going to that school and enjoying the fruits of that project 10 years on. I must admit it felt good to know that some of the things you do in your wider role as an academic can have a long lasting effect. A close second would be the 24hour lecture I did for the Society of Biology last October to celebrate Biology Week. I spoke for 24 hours on ants and bees to a live audience and a SKYPE audience around the world. I have no plans to repeat this…

You sound like you’re working with many different types of media. Do you wear a different “media hat” as such every time you switch?

Not really. I try to convey the same enthusiasm I have for the subject in whatever I happen to be doing. That said, inevitably there tends to be a slightly different approach to doing a Saturday morning phone-in for on a local radio station than narrating a Radio 4 documentary, but hopefully the enthusiasm levels are the same.

I’m just making a documentary with the BBC Radio Science unit that is proving to be quite a challenge to get my head around, and I’m starting to gear up for a TV project in the summer that I’m very excited about. Just before Christmas I ran a competition at the University of Gloucestershire to find two science communicators among our undergraduates to accompany me to the science festival in Malta in April which is another project I’m looking forward to. I will also be running the Flying Ant Survey with the Society of Biology and my PhD student Christine Catlin-Groves over the summer. This is the third year we’ve run this and we are already well into analysing the 10,000 plus records from the first two years. With any luck we might even come up with a predictive model that can fail spectacularly!

Enjoy what you do, be accurate in what you say, and, if you can, say yes to everything! You never know where things will lead. Very little of what I have done has been planned and most of the things I have enjoyed the most have arisen from contacts made by doing something else.