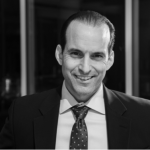 This is a guest post by Kirk Englehardt, Director of Research Communication at the Georgia Institute of Technology. He is also a father to two boys whose fascination with science is increasing every day.

It was a cool January night and my two boys were ready for bed, when I said I had a surprise for them. They were going to see Jupiter that night, and they seemed genuinely excited. We grabbed our binoculars and ran outside. I watched as they stood in the driveway staring at the little white dot just to the left of the full moon. It took only ten minutes, but that night they realized science was more than just something you read about in books; it was real and it is everywhere.

Children have an endless supply of questions about the world around them, and science helps provide them with answers. I remember the teachers who inspired my love of science. While there are still many superb science teachers inspiring young people, their job is becoming more difficult. Now more than ever, parents and science communicators need to play a role in inspiring the doctors, scientists and engineers of the future.

Science Education is Lacking, For Some

The quality of science education in America’s schools lacks consistency. The National Assessment of Educational Progress (NAEP), is an exam given across the country to assess student achievement. It’s given in several grades, but I’ll use the 2011 8th grade science results to make my point.

In 2011, 35 percent of the 8th graders tested performed ‘below basic’ (or poorly) on the science test. What was even more dramatic was the racial/ethnic achievement gap. For example, black students had a scale score 34 points below that of white students. Additionally, students coming from poorer families scored 27 points less than more affluent students. Finally, the level of learning differed between states. Mississippi, for example, had 53 percent of its students perform at the ‘below basic’ level, while North Dakota only had 18 percent.

While we can’t explore all of the factors that create an achievement gap in a short blog post, we can clearly see that students are learning science better in some states than in others.

You may have heard the ‘buzz’ around the Common Core State Standards for English and Math. It’s an education effort in the U.S. that outlines what students in Kindergarten through 12th grade learn in each grade. It is also intended to create consistent standards across all states and help prepare students for college. This is good news regarding those subjects, but what about science?

A group of states led an effort to develop the Next Generation Science Standards. Although 26 states were involved with their creation, Education Week reported that as of January 2014 only 8 had officially adopted them. Wyoming even took legislative action to block the standards after politicians disagreed with the way climate change was addressed. Other states have simply put the science standards on the back burner, saying they are overwhelmed by the implementation of the Common Core State Standards.

The Stakes are High

When the No Child Left Behind (NCLB) Act became law in 2002, it ushered in an era of high-stakes standardized testing. While the goal of the law was to help ensure that all students across the nation receive a quality education, all you have to do is look at the NAEP scores to see that inequity still exists.

Schools are under tremendous pressure to ensure their students perform well on standardized tests. Ask a teacher and he/she is likely to tell you the NCLB ushered in an era of ‘drive-by’ education. Many now find themselves ‘teaching to the test’ or simply scratching the surface of subjects (like science), short of time to truly engage students through experimentation. The 2011 NAEP results also noted that science scores increased with the frequency of hands-on science activities in – and outside of – school.

In 2010 Massachusetts was the site of a major brouhaha when the State Board of Education moved to require students to pass a brand new high-stakes science exam to graduate from high school. There was opposition, led by science and education professors throughout the state, who argued that students have to ‘do’ science in order to learn it properly, not just ‘memorize facts and formulas’. The critics lost the battle and the test was implemented

So What Do We Do Now?

I am both a parent and a science communicator, and I am worried about the tens of thousands of young people across this country that aren’t fortunate enough to attend schools that make science a priority. The fact that many schools have moved away from encouraging students to experiment and engage with science in favor of ‘teaching to a test’ concerns me as well. I can sit and hope for change, but I’d rather make the change happen – and you can too.

For parents it’s easy. Look for opportunities to show kids science in action. Take them to movies like Gravity and Walking With Dinosaurs, explain the physics involved in hitting a baseball or fly a kite and talk about wind resistance. Take hikes and explore the woods, visit a science museum and help your kids with their science fair projects. Spend time looking at the clouds, watching YouTube videos of Chris Hadfield doing crazy things in space, planting some seeds in a garden or looking under the hood to see how a car engine works. Kids are instinctively drawn to science. You just have to take the time to point it out to them.

As science communicators, we can also play a huge role in inspiring young people in STEM subjects.  We must continue to spread basic scientific understanding to the masses. Parents are more likely to share science with their children if they understand it themselves. We must show strong support for a consistent and high-quality science curriculum to be taught in all U.S. schools. We can work together to develop new tools teachers can use to bring science into the classroom and parents can use at home. We need to get out into our communities and create new ‘hands-on’ ways for children to experience science. Neighborhood science events, school science nights, science displays in public places and participation in career days are all good examples. We must also encourage the scientists and engineers we work with to visit schools and share their passion with young people. One simple visit may be just the spark needed to set a child on track for an amazing future in science or engineering.

Celebrated science enthusiast Steve Irwin believed education was all about ‘being excited about something’. And it doesn’t take much to inspire a young person’s curiosity in science. How are you making a difference and saving science education?

Kirk currently blogs about strategic communication in science and higher education at The Strategy Room. He can also be reached via Twitter @kirkenglehardt and email.

One thought on “Saving Science Education: Parents and Communicators to the Rescue!”