“Open science is science by everybody for anybody.” 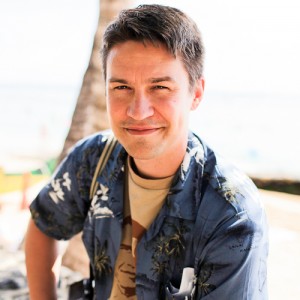 Brian Glanz works for the Open Science Federation, a group in the US that attempts to break down the barriers that stop everyone accessing science.

I met Brian at Mozfest 2013, and took the opportunity to find out how OSF facilitates science communication between scientists and non-scientists to make their work more transparent.

We talk about what open science is, how OSF facilitates it using science communication techniques, and whether it is possible or not.

“True stories about how science has affected peoples lives.” 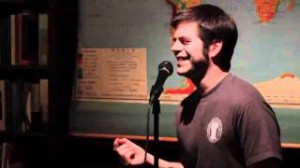 We’ve had a few different science communication interviews on Speaking of Science about science, science stories, and science and stories.

This podcast is going to add to that – this is an interview with Brian Wecht, one half of the founding team of The Story Collider, a live show and podcast that brings stories and science together.

In this podcast we talk about what The Story Collider is, how it started, and how it appears that the British scientists are more reluctant to talk about their emotions when it comes to science…

This Thursday (24th of October 2013), The Story Collider is hosting it’s third UK show in London.

You can get tickets (FREE) from here.

And I would love to recommend their podcast, which you can download and subscribe to via iTunes.

“You need to get science into the deep down and dirty discussion areas, so like politics.”

In this interview Alok Jha, science correspondent at the Guardian, gets frank about his opinion on science communication and science journalism, and the difference between them.

This is the second part of a longer interview. The first part will go up at a later date! 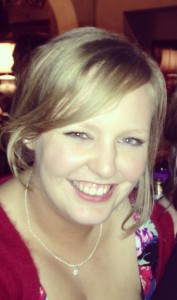 This is a feature podcast about science communication: when scientists meet the public.

By some lucky coincidence, I somehow managed to speak to some really fantastic people, and this podcast is the result.

I’ve been putting together a podcast called Monsters inside your head, and it explores how patients with neurodegenerative diseases cope with their symptoms.

A few months back I came across an event called Meet the Scientist, which was run by some Imperial College neuro-researchers at the Hammersmith Hospital. They had invited patients (along with friends, family and carers) to the department to get a tour of the labs, to meet the scientists, and to see the Tissue Bank – the real brains.

So, as a result I’ve put a podcast together to let them tell the story about meeting each other, and what the event, Meet The Scientists, aimed to do.

I’m going to let the patients and scientists talk for for themselves in this podcast. I really enjoyed putting this piece together, and I would really appreciate some feedback – any feedback: how did it make you feel? Did you like the style? Do you agree/disagree?

I would like to thank Prof Richard Reynolds, Dr Amy Birch, Val and Ruth for giving up their time to share their stories with me.

Caren Cooper, from the Cornell Lab of Ornithology in Ithica, New York, is part of a lab that is taking citizen science very seriously, and there are some great reasons why.

In this podcast I speak to Caren about her research, and how citizen science has helped her set up new initiatives. We also talk about what the citizens get out of it, and how they give Caren a new perspective on her research.

In the podcast we also talk about Caren’s new venture: a book about citizen science, so if you know any citizen scientists, or someone who is using citizen science as part of their research, then please do get in touch with Caren either via Twitter at @CoopSciScoop or via the Ornithology Lab at Cornell.

Lizzie Crouch is a freelance science communicator working on a myriad of projects ranging from project managing Robert Winston’s website, to working to get designers and scientists to collaborate with the Design Science project.

In this podcast Lizzie tells of her experience in science communication as a freelancer, and that even though she has an absolute ball doing it, it’s not always easy.