“It’s not a one way track where you’re sort of closed off. It can really lead you to some other exciting careers down the road.” 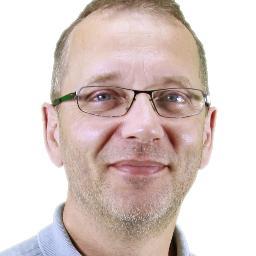 Kevin Davies took the leap from the lab bench to the writing desk, was the founder of the first Nature sister journal Nature Genetics, and is now a publisher at the American Chemical Society.

Kevin Davies is definitely not the only person to become disgruntled with life at the lab bench. In this podcast we discuss his transition from lab-bench to writing desk, and the challenges, highs and lows in between.

20 years ago, Kevin got the feeling that genetics and molecular biology research weren’t for him. His colleagues were landing great Cell papers, but he wasn’t. He didn’t know what was going wrong. It wasnt the fault of his supervisors or colleagues, it was something that wasnt clicking for him.

To get validation that he wasn’t terrible at science, he started writing. His first big breakthrough was when he had started freelance writing for the New Scientist in 1989, when he had a front row seat to the race to identify the gene for cystic fibrosis. And he never looked back.

Kevin’s belief though, was that this was the only option for him. He had spent the previous years training as a scientist, and hadn’t done anything else. His only choice was to remain involved with science…but in some other way.

I ask him if this is the only option for scientists who are loosing their passion for research. Obviously it isn’t. For Kevin, he couldn’t see beyond science. But it was 20 years ago when he joined Nature. Things are completely different now. There are many more options, and much more support for people now. Although he has found publishing to be a great springboard into other things.

As someone who took the leap, Kevin has some advice for those in limbo. From what he’s seen in the USA, the graduate students are much more open to sharing their challenges, compared to when he was younger. There is a lot more debate, discussion and sharing, which is good.

“It shouldn’t be a prison sentence.”

There is no disgrace in a change of heart. But be careful how, and to whom you share your issues!

After this little sidetrack, Kevin and I delve back into what he’s been up to: writing books and working in the movies.

His first book was about the race to find the breast cancer gene BRCA1. Together with Michael White, he wrote Breakthrough, telling not only the scientific saga with Mary-Claire King and Myriad, but also the broader perspective of the politics behind it all.

His second book, Sequence (UK), (Cracking the Genome (US)) which talks about the mapping of the human genome project.

His most recent book is about personal genomics, The $1000 Genome.

And in the future… there are plans to work on a few chapters for James Watson’s second edition of DNA.

His first book however, got spotted by a movie director. He was asked to provide technical direction on Decoding Annie Parker, a true story about a Canadian woman, one of the first women to take breast cancer gene testing in the late 1980’s. The film also explores Mary-Claire King’s (Helen Hunt) adventures in how the breast cancer gene was mapped.

We talk about how difficult or easy it is for a scientist to provide advice to films, and whether or not it is difficult to see that not all the science ends up being exactly how it should be. Especially if a major oscar nominated actress plays a female scientist, this will attract scientists from around the world. But then it should be noted that the point of the film is not about getting the science exactly right. The point of this particular film is to raise awareness of breast cancer. So if the science isn’t perfect, scientists dont be too disgruntled.

We finish the podcast with some golden tips from Kevin for all those other scientists that are in limbo when it comes to decided whether to stay in science or not.

His advice: if the bench isn’t for you, follow your heart and see where it takes you.

PS: apologies if you can hear the washing machine noise in the background…