“I got a standing ovation from a group of people who I hugely respect. And afterwards I thought, I should do more of this because it’s really helped me. And I thought, maybe it could help other people, help understand.” 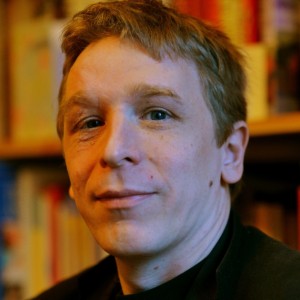 James Piercy, from science made simple, has been doing science shows for more than an decade, and I was lucky enough to bump into him at the Abu Dhabi Science Festival.

James likes to explore everyday things that we come across all the time, but he tries to get his audiences to look at them. To see what they really are and why they are like that. His first ever science show did exactly this with bubbles – how do they form, why do they have pretty colours? His show at the Abu Dhabi Science Festival 2013 takes this to the next level.

A few years ago, James was involved in a  car accident, and unfortunately suffered serious damage to his brain. After being off work for 6months, James plucked up the courage to face his colleauges at the BIG Conference of 2011, and told them all what happened to him.

This talk was emotional, tough, and yet somehow helped him in his recovery. By talking to people he respected, he found that he was able to deal with things better. Now, James talks about his accident to all sorts of audiences – from clinicians, to children, to other patients who have suffered similar things.

Finally, James and I talk about the science communication training he does with scientists and industry specialists. His favourite students are those that come with a sceptical view of science communication, and somehow, during his workshop, they realise that what he is teaching them is a valuable and important thing.