Jenny Mitchell is studying for a Science Communication MSc at Imperial College. On the odd occasion that she is not writing about the wonders of science she spends her time getting cross with politicians and her football team. Here she reviews a Stempra event on the importance of communicating about animal research. You can follow her on Twitter @ScienceScoops 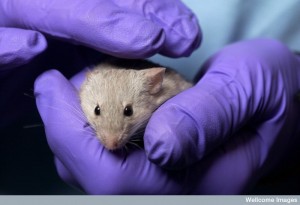 On Thursday 15th November a host of science communication professionals joined to discuss the need for improvements surrounding the communication of essential animal research to the public. The event, which was chaired by stempra– the science, technology, engineering and medicine  public relations association, was made all the more important following the results of a recent opinion poll showing a drop in public support for animal research.

Andy Gay kicked off the discussion with a talk emphasising just how far public support for animal research has come over the years. Violent protests and the stigmatisation of those associated with animal research would appear to be well behind us. Kerry Nobel went on to discuss the way in which Imperial College London is actively communicating positive advances in science achieved through animal research.

The final speaker was Tom Holder, who ended the discussion with a talk about the role that new media has to play in the communication of animal research. He reiterated that actively engaging the public via discussion of the issues surrounding animal research allows for the build-up of trust between science professionals, science communicators and the public. He also went on to discus the success that the #AR nonsense campaign is having in combating untruths surrounding animal research which are propagated via the internet.

Overall, the talk – along with the Q&A session afterwards – called attention to the need for further transparency regarding the communication of scientific research involving animals and provided insight into how this may be achieved by professional science communicators.