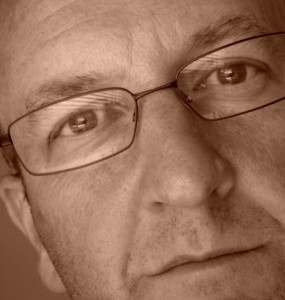 “I couldn’t find a lab coat to fit and this way I get to “experience” all kinds of areas of science rather than being focused on a single research niche.”

I am a freelance science journalist

I write news, features and opinion pieces for a wide range of outlets as well as doing some public relations work independently of the journalis.

I have a several audiences from specialists in particular scientific areas (chemists, spectroscopists, crystallographers, materials scientists)

I trained as a chemist, quickly realised I was rubbish at all that test-tube stuff, but was quite good at writing up my lab book. I graduated, worked in the US, then in a QA lab for a food company for a short time and then landed a desk job with the Royal Society of Chemistry in 1989. I started writing news articles freelance for New Scientist etc in my spare time, got head-hunted by Science magazine ended up freelancing for them and built up my portfolio of regular clients to the point where there were no longer enough hours in the day and I ditched the day job and went freelance full time.

Like I say, I couldn’t find a lab coat to fit and this way I get to “experience” all kinds of areas of science rather than being focused on a single research niche.

It’s part of the human endeavour, just as much as politics, law, art, music etc. Moreover, it’s the only endeavour that provides a rational way to investigate the world around us without resorting to magical explanations or being coloured by opinion and emotion (mostly)

Well, it’s earned me a living during the last quarter of a century, made me lots of friends I wouldn’t necessarily have met in any other walk of life, given me the opportunity to share my thoughts with the world and have them critiqued on occasion and also allowed me to put some of them into a neat little book – Deceived Wisdom – available now from all good outlets and for download from my website http://sciencebase.com/dw

Well, in recent years, getting the commission to write the book was exciting, during the writing I was waking up far too early each day, full of ideas and desperate to get them typed up.

I have several outlets for which I write regularly as well as my own site sciencebase.com and the PR work to keep me busy, but I’ve also been hiving off spare time to do more music (songwriting and recording). I am currently working up a demo of a song I wrote called Pale Blue Dot, which is a tribute to Carl Sagan and the Voyager spacecraft and its “thoughts” at looking back at its birthplace, Earth, as it speeds out of the solar system. You can listen to the demo on my SoundCloud page – https://soundcloud.com/sciencebase/pale-blue-dot – ends with a Voyager “sound” courtesy of NASA.

The entry points have changed since I started, there was no web back in 1989, blogs are a relatively recent invention, although I’ve been “blogging” online in some sense since 1995 although it wasn’t called that then. If you want to be a writer, you have to write. In terms of broader science communication, there are lots of courses now that didn’t exist when I started, I think some very successful science communicators have been on those and gone on to greater things in the national media and elsewhere. But, fundamentally, it’s still all about people, talking to people, being interested, listening to opinions, networking, following leads…all the usual stuff of journalism.